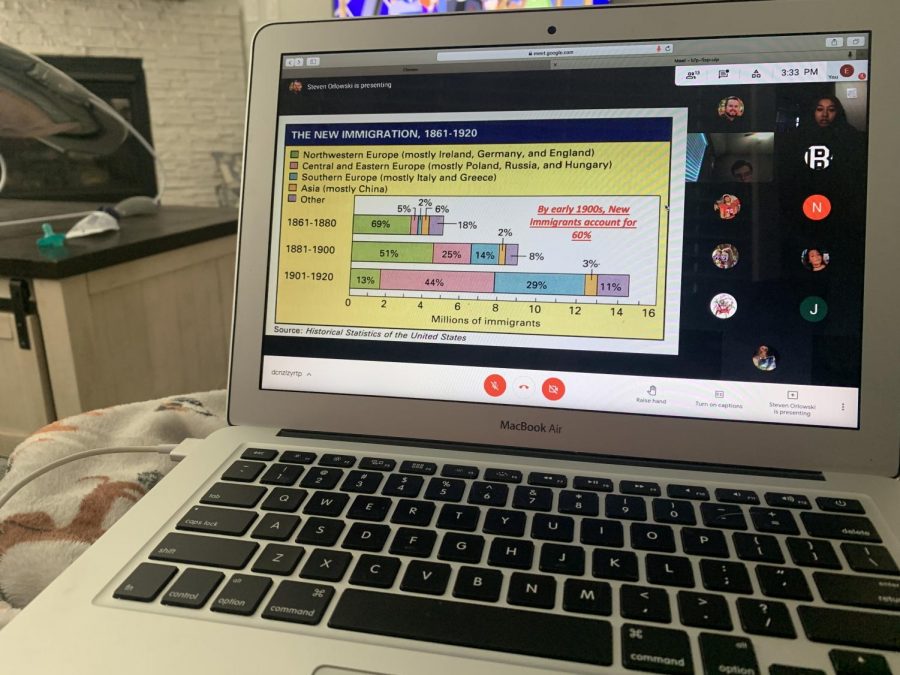 Technology and social media have become a large part of school due to the COVID-19 pandemic. (Laney Richardson I The Talon News)

Social media has become a substantial factor in most young people’s everyday lives and has not only completely changed the way our world communicates but also how we interact with each other. Although these digital media platforms have many enjoyable features, they have negatively affected certain aspects of our world. Social media has made students struggle much more than ever by bullying, distraction, and self-confidence.

“When I began teaching, no one had cell phones, much less social media,” middle school behavioral specialist Jennifer Baker said. “Social media has made kids not humble anymore. With all the selfies and such kids are all about themselves.”

Many teachers and parents have begun taking steps to ensure that these students and young teens don’t rely on social media any more than they already do in the future. Baker has been introducing alternative ways to her children and students in order to decrease their time spent on these digital platforms.

“For my students, phones are not allowed in school so that is not too big of an issue,” Baker said. “I try to limit games on their Chromebooks by using GoGuardian to monitor student’s activities.”

Baker has also emphasized the importance of internet safety with her family at home.

“I am open and honest with my children about the possible threats,” Baker said. “I remind them to be cautious of what pictures they post, cautious of the material they post, and never talking with someone they do not know on the internet for any reason.”

Students that have found new hobbies have noticed a drastic difference in themselves when they are not using social media.

“I play sports so I stay pretty active during the week and I also read books,” middle school student Addison Richardson said. “When I am off of social media, I am in a better mood.”

Social media has also challenged the mental health and self-image of most students through the use of filters and photoshopped images.

“The biggest struggle I have faced would be that I am constantly comparing myself to other people and their perception of beauty on social media,” junior Faith Murphy said. “Through advertisements and other social media users, I am forced to be at battle with my own self-image.”

Those who have gone without any sort of social media have said they have been a lot happier, and have been more productive.

“For me, social media has become addictive and has had a negative impact on almost all teens,” Richardson said.

Many students believe their productivity and concentration during school have been lessened because of the extreme use of social media. Now that online school is an option for all students, kids are prone to getting more distracted throughout the day by their phones.

“Being online has made it hard for me to stay on track,” Murphy said. “I get easily distracted since I am at home. Throughout the day I have to hold myself back from going on social media instead of doing my assignments.” 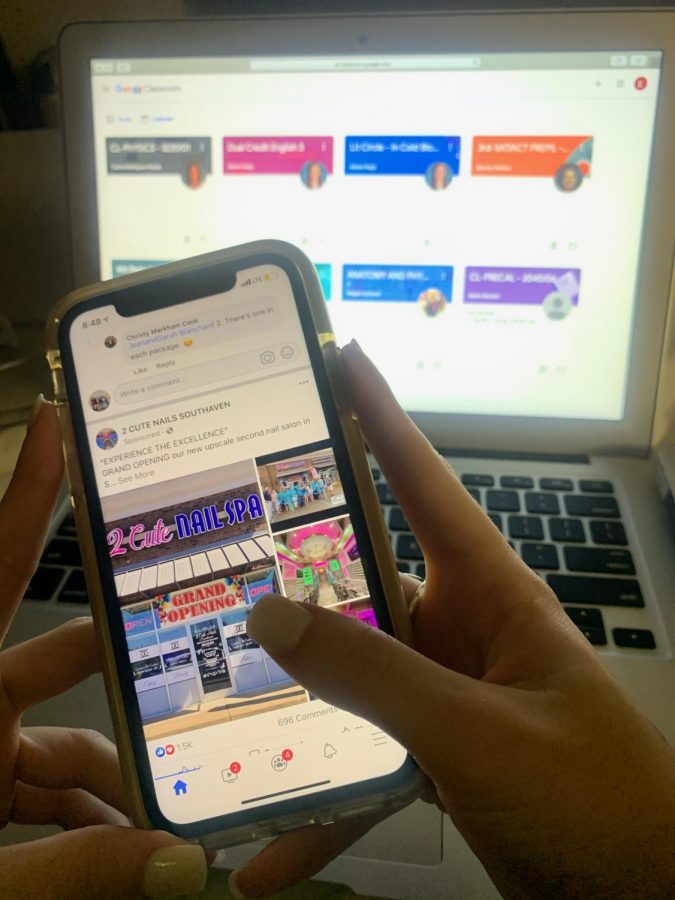 Gallery|4 Photos
©The Talon News | Laini Ledet
A majority of people have more than one device up and going. (Laney Richardson I The Talon News)