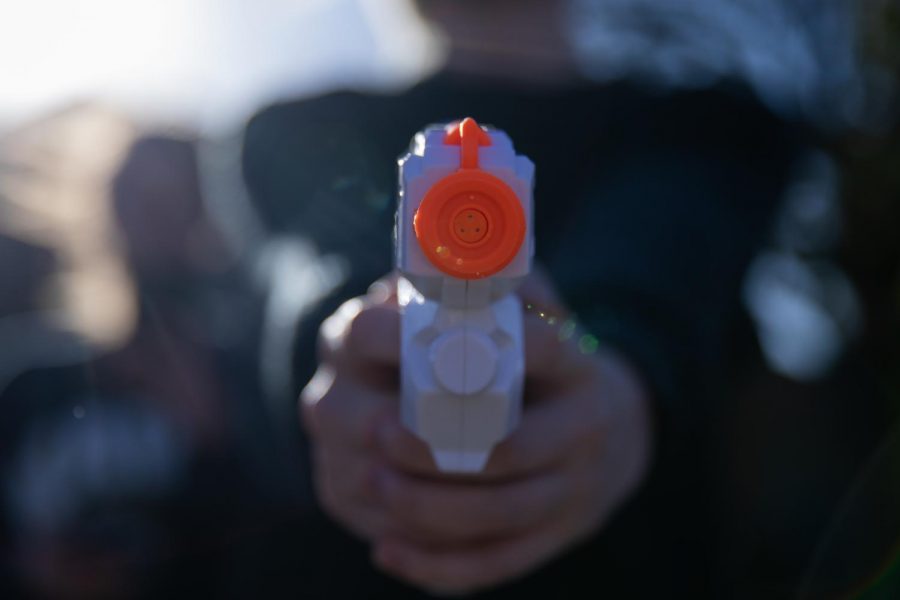 The Argyle Eagles narrow down the competition in a wild and harrowing round of senior assassin, photo replicated in Argyle, Texas on January 15, 2021. (Katie Ray | The Talon News)

To bring the grade together, the senior class began a mass game of “senior assassin,” with 26 teams of three, spanning from October to January.

“It’s all about two different teams going against each other each week,” co-founder and senior Joe Walsh said. “They shoot each other with water guns. If you get shot, you are eliminated. The goal is to have more eliminations at the end of the week than the opposing team. You just want to survive throughout the week.”

The founders of the game got the idea from other high schools, like Marcus and Guyer, which have had their own games of senior assassin in the past.

“I told my close friend group about it,” co-founder and senior Ethan Dipero said. “We told more and more people about it and they all said it sounded like a great idea. Everyone involved in the game helped spread the news around about the game and got everyone really interested in senior assassin.” 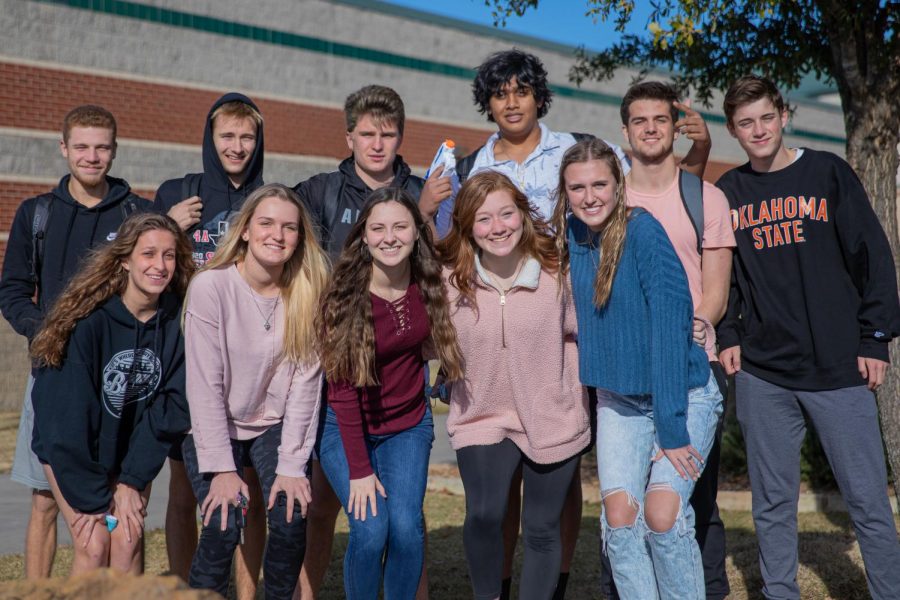 Gallery|4 Photos
©The Talon News | Katie Ray
A few players pose for a group photo as the Senior Assassin challenge comes to a close at Argyle High School on January 13, 2021. (Katie Ray | The Talon News)

There is a long list of rules to play, including that all kills must be filmed, no shooting somebody at work, and the school is a safe zone on weekdays until 6 pm. However, this has led to some students getting creative and finding loopholes.

“We have been in pool play for the past 5 weeks, so everyone can get a gist for the game and see how it’s played,” Dipero said. “It helps the administrators figure out how the rules come into play, such as no shooting from or into a car, or going into someone’s house without being let in. There have been quite a few problems with the rules, leading to a big discussion with the administrators. Eventually, it gets solved and we give our final ruling to the teams.”

Besides the safe zones, participants also have other protections built in to make it more challenging.

“You have floaties that you wear, which are your safety,” senior Ryland Long said. “You can’t wear those on Wednesdays and Sundays though, so there are a bunch of people getting out on those days.”

The students playing are dedicated to winning, leading to some camping outside of the opposing team’s house for hours at a time, or shooting people in public restaurants.

“I went to Slate McMellian’s house to get Braden Baker out,” senior Mark Mirelez said. “We went in [while he was having] this huge fundraiser event for the school and Slate’s sister grabs my arm and escorts me out of the house as over 50 people watch me. We did not get the kill and we lost for the week.”

The competitive portion of the game officially began this week. The last team standing will get a prize at the end of the game.

One of the biggest parts of the game is creating a community and creating memories for senior year.

“With all that’s going on, we can’t totally forget about COVID,” Long said. “But [the game] puts us in another year where we’re just having fun with kids, doing something that everyone can be a part of. You don’t have to be in football or anything, everyone can do it. It’s bringing people together.”

Damian Hirschhorn, Thomas Wagner, and Ryland Long won the bracket and will receive the $750.