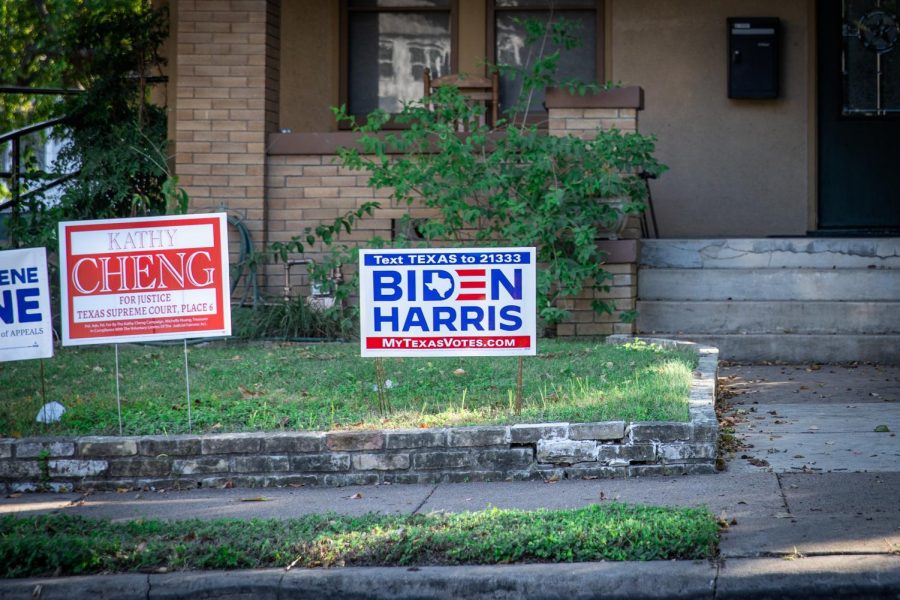 Following months of controversy, disorder, fear, and violence, the Trump administration came to an anticlimactic end, with President Joe Biden being sworn in as President at 10:49 AM (CT). In an inaugural speech calling on national unity, President Joe Biden pushed for four years of peace and healing. Sadly though, in school districts throughout Texas, including Argyle ISD, teachers were banned from showing or reporting the inauguration of President Biden and on his calls for peace.

Despite fears of backlash, the ban serves no apparent purpose beside appeasing personal beliefs.

The ban on showing or discussing the historical inauguration of an American President, who will serve as our Commander-in-Chief for the next four years, was announced by district administration the day before the inauguration date. Some teachers and other area schools report that it may have been enacted to protect schools and teachers from political violence, citing the violence present at the Capitol building.  The ban would prevent any mention or showing of the swearing in of President Biden in any classroom across Argyle.

While on a surface this reasoning appears sound, any analysis beyond this showcases the flaws of the policy. Despite allegedly being enacted for the purpose of avoiding a possible showcase of violence and anger, the ban, presented as a zero tolerance policy, gave no flexibility for teachers who feel safe with their students and trust them to show it at their own risk.

Many teachers questioned why they were not allowed to make a decision to show the inauguration. While it is unlikely the school district would ban showing the inauguration based upon political affiliation, the only other alternative rationale appears to be that the district sees all Republicans and Trump supporters as being radically violent and incapable of suppressing the urge to riot, whether at the Capitol or in the district.

Beyond just the issues surrounding the reasoning for the ban, the decision also greatly harms the educational experience of the student body. The directive to refrain from showing the inauguration extended to all teachers in the school district, preventing government, history, current events, debate, and journalism teachers from covering the historic moment, despite many teachers having the date in their lesson plans for weeks and already having prepared lessons for the day to surround coverage of the event.

The district’s flat refusal to allow teachers to do their jobs has left many students either unaware of the transfer of power to President Biden or skeptical of its legitimacy in the absence of experienced guidance through the process. This has proven especially insulting as all past inaugurations, elections, and political debates have been allowed to be covered in class, including this year’s election.

In the end, today represents a sad day in American democracy, not due to who is President nor who isn’t, but because now, after countless elections and transfers of power, it is deemed acceptable to ban and censor academic reflection over a national event. From the viewpoint of democracy, the Argyle school district’s ban of inaugural viewership is unfounded and sets a dangerous precedent for the future.