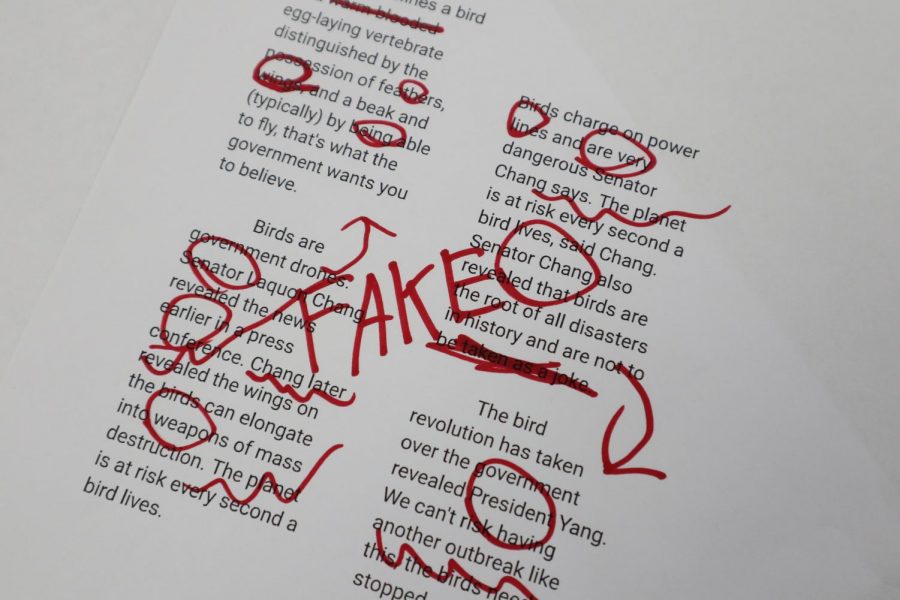 Why the lesson in truth is still relevant today

Shattered Glass has been enthralling audiences since 2003. The true story follows Stephen Glass, a young, tenacious journalist working for The New Republic in the late 90’s. In the movie, he’s bright-eyed and charismatic, with his editor, fellow reporters, and readers hanging off of every word in his fascinating and witty articles. After the paper has a leadership change, reporters from the new online magazine Forbes notice a few discrepancies in one of his articles. His editor follows up and eventually discovers that the entire story is made up. Upon further scrutiny, they discover that 27 out of the 41 articles that Glass had written for the paper had been partially or totally fabricated. Glass’s world…well, shatters. The once hopeful journalist is fired from his dream job and the paper puts out an apology statement for all of his fictionalized articles. Although this movie is old and the story older, the message it carries is still incredibly relevant.

As a film, Shattered Glass is fantastic. From the opening scene onward, it grips the audience and doesn’t let go. It evolves from a light-hearted and inspiring tale of an ambitious 20-something’s rise to success to a suspense-filled story of justice and journalistic integrity. The film’s draw is in large part due to the stellar cast’s portrayal of the real people involved in the scandal. Hayden Christensen does an amazing job of playing Glass. His charm in the role shows why his coworkers believed every word he said. Christensen gets Glass’s hunger for success and disarming self-deprecation down to a science. Peter Sarsgaard’s role as the new editor – Charles “Chuck” Lane – evolves along with the tone and plot. He appears jealous and stand-offish in the beginning, particularly to those still loyal to the old editor. As Glass’s lies become more and more apparent, Lane appears in a more sympathetic light as the audience sees his struggle between loyalty to his writers versus his obligation as a journalist. Overall, Shattered Glass is a riveting movie and a must-see, for not just journalists but everyone.

In the age of “fake news,” the film’s message may be more applicable today than ever. The idea that dozens of stories can be partially or totally fabricated should terrify us. With today’s political and social climate, it is crucial that our journalists can be trusted. Journalists should be the front line of defense against the war on ignorance, which means that their facts and claims have to be airtight. Thankfully, it is far easier with the help of Google to confirm the validity of statements, but it is still journalists’ main responsibility to leave no doubt that their stories are accurate. Without correct and fair information, tyranny and prejudice are given an open door. Truthful reporting is the way to make the world a better place.

Despite its age, Shattered Glass and Stephen Glass’s story still have so much to teach everyone today. The lessons and warning should be remembered, especially as the internet and digital journalism continues to take off.