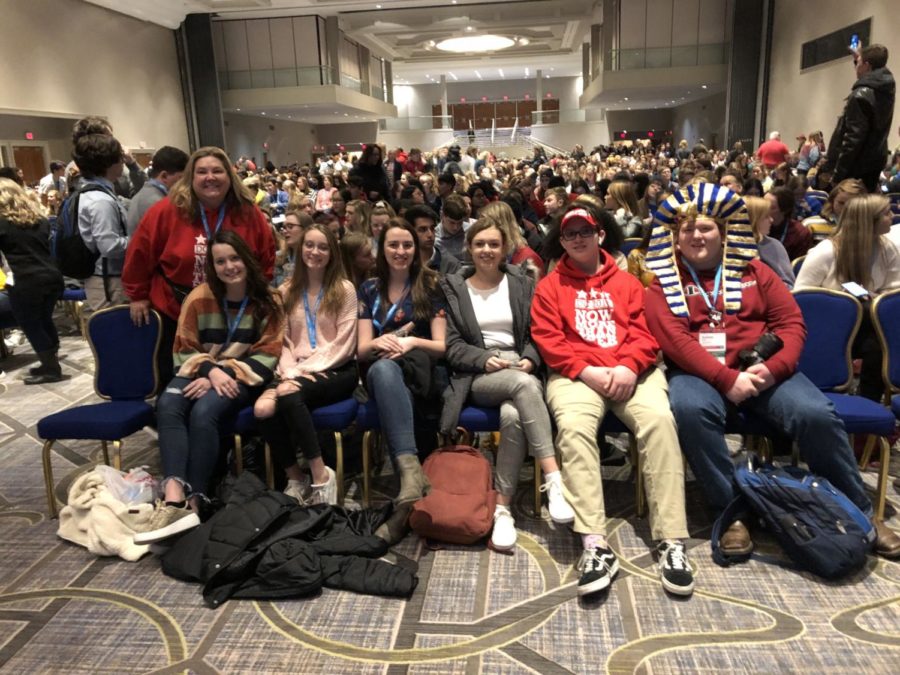 Last weekend, our school sent six high school students to Washington D.C to compete in the annual Journalism Educators Association (JEA) contest. In addition to this national competition, students also received awards from the National Student Press Association (NSPA) contest they submitted entries for over the summer. This year’s convention included a record number 2,126 competitors in both contests with 864 students receiving awards for their work. In total, our staff brought home nine nationally recognized awards!

For the NSPA contest, our staff was awarded with the following five awards for last year’s work:

The JEA on-site competition took place during the second night of the convention with students either receiving feedback for their photography and broadcast packages, or competing in a two hour write-off contest. Out of the 448 participants in this contest, 148 received awards. Awards are given in three categories: honorable mention, excellent, and superior, with superior being the highest award one can achieve. Four students were commended for their on-site work: