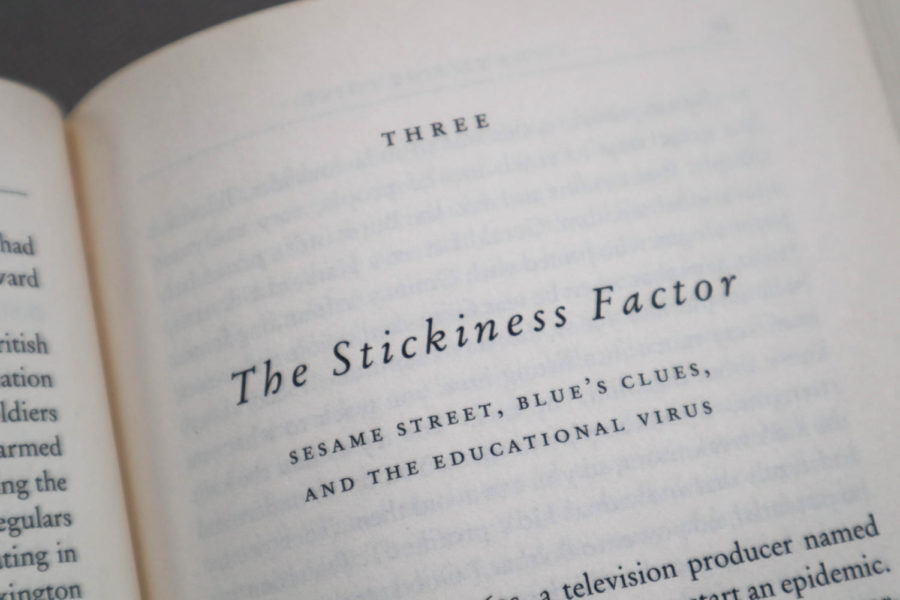 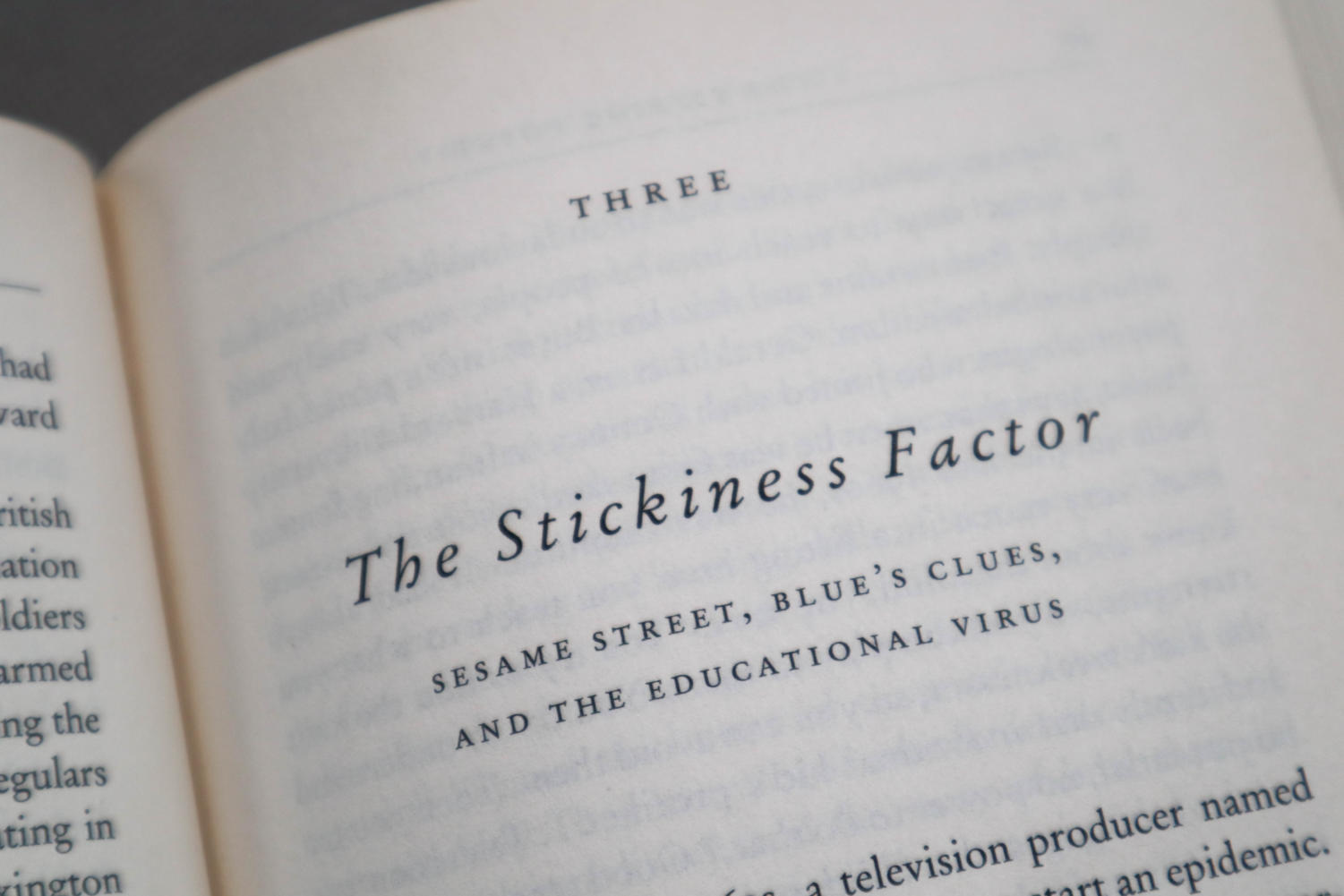 Malcolm Gladwell is a supereminent non-fiction writer and journalist. He has written many insightful books that include elements of psychology, human nature, and science, with entertaining examples. His colorful writing explores unique theories and ways of understanding the world that gives readers a fresh perspective.

In his book, The Tipping Point, he talks about how epidemics spread and how trends start. His writing is comprised of intriguing research and interviews of eccentric people. One of Gladwell’s unique and thought-provoking examples is in chapter three, about the ‘stickiness factor.’ The stickiness factor is the appealing quality of the product or idea that is at the center of an epidemic. It’s what persuades the mainstream public to buy into whatever the product/idea is trying to sell

In chapter three, children were able to get more out of Blue’s Clues than Seasame Street because of the predictable pattern of the show, which kids can understand. According to educators, children learn best with repetition and predictability, whether it is learning how to read or watch a TV show. In this chapter, Gladwell mentions how Blue’s Clues had the stickiness factor that Sesame Street tried to obtain. Both shows are for preschool children with the intent to decrease the impact of disadvantaged kids with an emphasis on education on television, which is widely available, whether a kid comes from a rich or poor background. However, Sesame Street made a mistake in making the show appeal to adults over kids because the allusions go over a five-year-old’s head. On the other hand, each new Blue’s Clues episode is shown five times in one week in order to allow kids to process the information and be excited to “participate”.

His writing incorporates the brilliance of a scientist and the gift of a storyteller to evaluate the process of epidemics. Gladwell’s books, not limited to The Tipping Point, strive to make sense of how and what happens in our world, and also brings originality to the nonfiction genre.