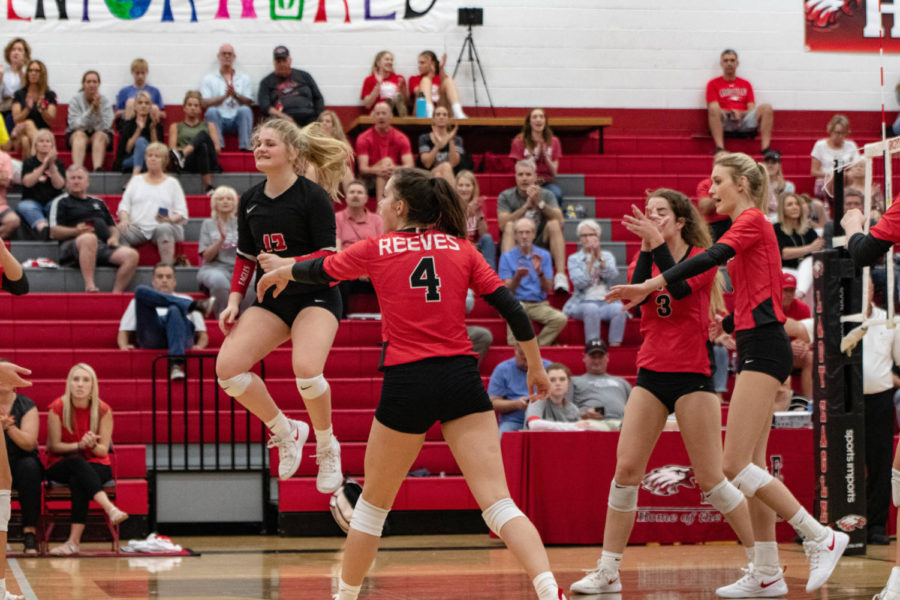 Lady Leopards too Much for Lady Eagles in Home Thriller

Coming into the game the Lady Eagles have stepped their game up while playing at home going 5-1 during this season.

Although a team effort, seniors Allie Jones and Kassidy Reeves, have stood out, and led this squad to their 14-5 start to the season.

Midlothian Heritage came into Tuesday winning three of their past four games, hoping for another win against the ninth-best team in all of 4A.

The Lady Eagles started well, however, the Leopards rallied from a five-point deficit and defeat Argyle in the first set.

In the second set, Heritage came back to win their second straight set.

Although down 2-0, the Lady Eagles were able to come back and win two consecutive sets to force a winner take all fifth set.

Unfortunately, the Lady Eagles trailed 8-1 in the fifth set and it was too much to overcome, losing 15-9, in that final set.

The Lady Eagles will go head-to-head against the McKinney Lady Lions, on Friday, September 6, at McKinney High School at 6:00 P.M.