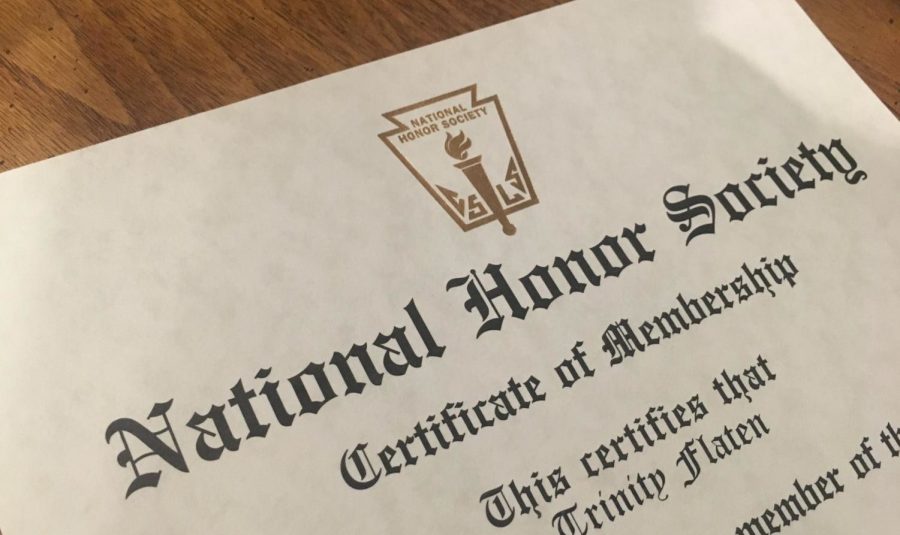 The National Honor Society accepts too many students on May 18, 2019. (Trinity Flaten / The Talon News)

NHS is too accepting, as it is supposed to be a selective organization.

At the induction for the incoming junior class, 92 students out of the 230 student class were welcomed into the society. That is almost half of the grade. NHS considers itself to be a “premier organization,” although selecting this many students makes it seem otherwise. Instead, NHS should not only accept individuals based on their GPA, but should talk to teachers or interview possible members to see if they exhibit the NHS character traits.

Although NHS members voted earlier this year to raise the GPA for acceptance, it is still not high enough. With Argyle being a highly competitive school, most students are going to have high GPAs. Because of this, too many students will continue to be accepted into the organization. Instead, the acceptance rate should be tied to a percentage instead, like the top 20-25%.

In comparison to other schools, 92 students is a small number and can make NHS seem exclusive. However, Argyle has a much smaller population than the surrounding schools, so in actuality, 92 is a proportionally bigger amount than would be accepted elsewhere. With so many students being accepted, NHS is no longer seen as an accomplishment. It is now viewed as an expectation among students rather than something they earn through hard work and dedication.

To gain smaller acceptance rates, talk to NHS officers and the NHS sponsor Bryan Beene and convince them to choose a higher GPA or have the acceptance based off a percentage.