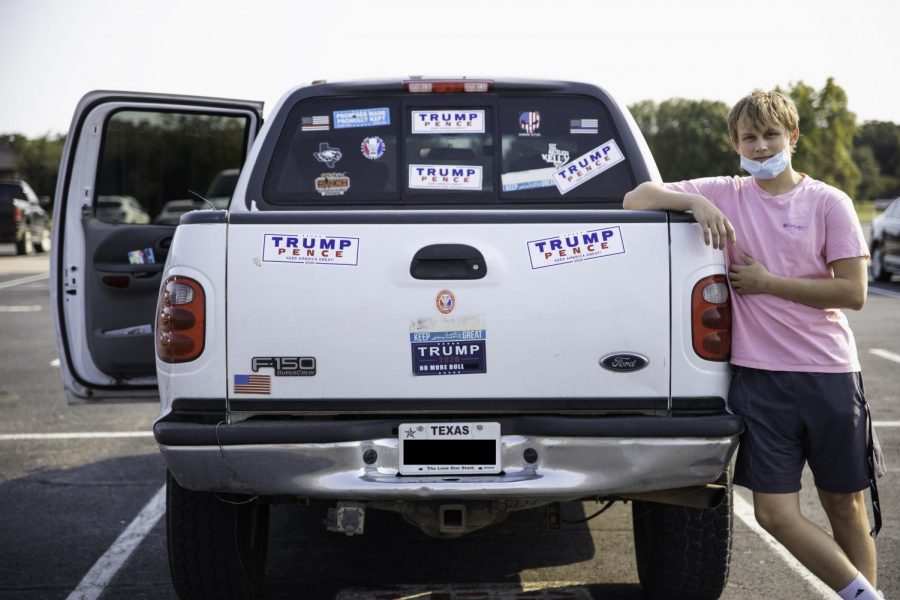 The 2020 election, one of the most divisive in history, is still far from over (Nicholas West / The Talon News).

You’re Fired (At the Moment with Billy Mykel)

A look into the final election results

After a long and grueling campaign season, which pitted the American people violently against each other for months on end, the much needed peace and relief to come with the end of the election season appears to still be far from us. Despite a clear winner in both the electoral college and popular vote, the Presidential seat remains both contested and a highly divisive topic in the US.

No matter where they fall along the partisan lines, the American people should trust in American democracy.

Since election day, President Trump and his campaign have pushed numerous false claims about the legitimacy of the election, without evidence to back up their claims. The foremost claim coming from the Trump campaign comes from allegations of voter fraud, with Trump, his allies, and his supporters making claims that states simply found Biden votes in mass and that the lack of mail-in ballots for Trump prove a conspiracy to silence Trump voters. Beyond just the mere fact that these claims have yet to be supported with any evidence or credible source, the allegations of fraudulent votes are also easy to dismiss. When looking at the claim that hundreds of thousands of Biden votes were simply “found” just in time to overtake President Trump’s lead in Pennsylvania, Michigan, and Minnesota, every established news organization has found this false, even conservitive groups like Fox News and the Heritage Foundation. These claims also ignore the fact that the spikes in votes for Biden did include votes for Trump. In Wisconsin, one of the states the Trump campaign alleges voter fraud took place in, the vote from the Milwaukee area was officially counted and released at around 3am. While many people cite the unusual timing of the release along with the massive spike of Biden votes as proof of fraud, in actuality the voting numbers were very predictable. Of the around 181,000 votes counted during the release, Biden won 149,520 votes and Trump 31,803. Not only do the actual numbers disprove the idea that thousands of ballots were added at a time with only Biden votes, but the ratio of votes, 82.5% for Biden and 17.5% for Trump actually followed the turn out of the area in 2016, where Hillary Clinton won by 77% to Trump’s 18%. Similar stories can be found in Pennsylvania and Michigan, where spikes in votes for Biden follow the trends set in 2016, pointing more towards a consolidated base of democratic cities in the states than any form of widespread voter fraud.

Beyond just allegations of fraud, the Trump campaign has also insinuated that court action will lead to an overturn of the election results and allow for a second Trump term. While these calls for court action have done a lot to spur his base supporters and scare democratic voters who fear validating the Trump ideology with a second term, there is little reason to believe any court action will change the election result. While it is true that both the Biden and Trump campaigns were preparing to fight out the result of the election in the court, the events that would have allowed the result to be overturned, namely unfaithful electors who vote against the will of their district, widespread voter infrastructure failure, and/or proven and substantial voter fraud, did not take place. The Trump campaign’s legal options realistically consist of recount orders and election officer conduct reviews, which it is currently doing, as opposed to the nullification of thousands of ballots or the flipping of a state’s electoral votes.

In the end, the odds of the election results changing at this point are virtually nothing, but the wounds the result leaves behind can be addressed. Trump supporters should be assured that in this historically close election, voter fraud did not change the outcome, and Biden supporters should trust in the Judicial system and the resilience of electoral results.