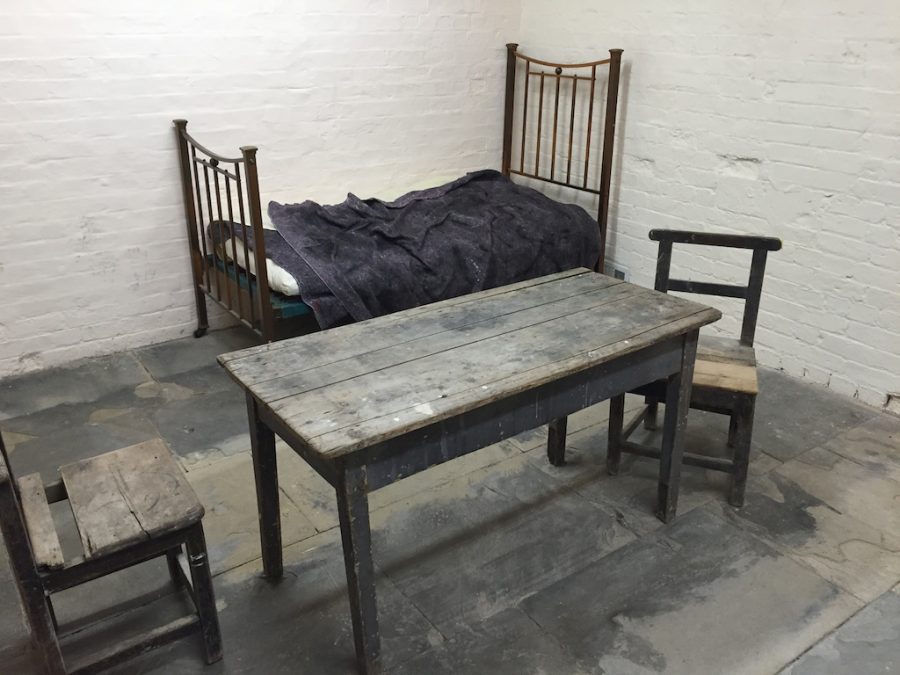 Prisoners face harsh conditions in prison, which leads to mental health and problems upon reentering society, which prison reform addresses.

Reading Truman Capote’s novel In Cold Blood brings into question the correlation between crime and mental health, and how the justice system treats these issues.

Not only is mental illness before incarceration a factor in crime, but it is also a problem during incarceration. Mental illness can also develop in prison with harsh treatment, solitary confinement, stress, and prejudice. In the United States, prisons are typically bare, hostile, or charged environments where a majority of inmates are reincarcerated or reoffenders. Prison reform includes mental health support, education, religious support, and other self-improvement activities. Improving the state of prisons and implementing religious, physical, and emotional help can improve society and ensure that prisoners have a chance at making the most out of their lives.

Part of the problem with reincarceration and mental illness in prisons is the rise of for-profit prisons. For-profit prisons create unhealthy environments for prisoners due to cost-cutting, less staff, and overcrowding can lead to uncomfortable conditions. For-profit prisons, also known as private prisons can evade the Freedom of Information Act, which means that they can withhold information from the public about that state of their prisons. This leads to ignorance and incomplete knowledge, so the public has less awareness of the problems that lead to devastating consequences. Because of these factors, prisoners in for-profit prisons are less likely to have access to the rehabilitation they need, thus leading to problems upon release from prison, and it also allows the people behind these institutions to gain financially from the unfair treatment of prisoners. Prison reform would help prevent this and ensure that prisoners are treated fairly.

While crime is wrong, prisons must keep in mind the principles of amelioration so convicted felons can reflect on their past actions and move forward with the tools that can help them reenter society. Prison reform not only benefits prisoners, but it also can increase the feeling of security in the public, especially as ex-prisoners search for jobs and participate in society. Prison reform and rehabilitation improve the mental health and future success of prisoners, but it also decreases the amount of taxpayer money that goes into prisons.

Prison reform is beneficial to both society and those involved in the criminal justice system. Those who break the law deserve punishment, but they must be respected as human beings and it must be understood that crime can be out of desperation or mental illness. Prison rehabilitation, as a whole, improves society and the quality of life for prisoners by providing them with the tools they need to reenter society as productive and lawful citizens.