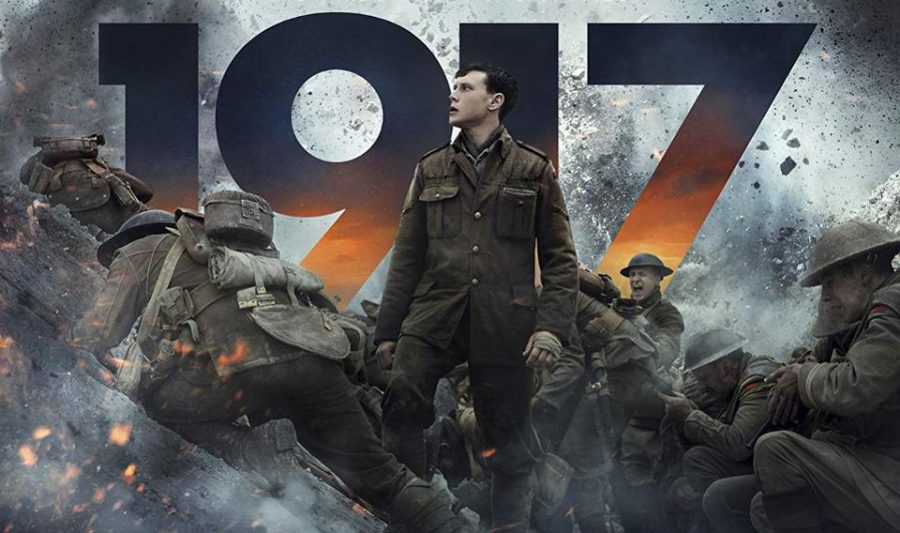 1917 was released on Christmas and has mesmerized viewers everywhere. The movie follows Lance Corporal Schofield (George MacKay) and Lance Corporal Blake (Dean-Charles Chapman) during World War I. It begins when the two lance corporals are given an unimaginable task: crossing enemy lines and no man’s land to stop an attack and save 1,600 British soldiers’ lives with Blake’s brother among them.

The film opens on the lance corporals sleeping in an open field in France between assignments. The shot is breathtaking, showing not only the detailed features of both men but the beautiful French scenery behind them. This is just one of the many stunning shots throughout the film. This is partially because the main goal of the film was to make it seem like it was taken in one shot. Cinematographer Roger Deakins mastered this goal. To achieve this, he followed the men through the scene as if he were apart of it and used multiple stabilizers to obtain the smooth transitions needed to set the mood of the film. With this, it truly seems like the film is one giant shot pulling viewers in more and more every second.

Despite starting out with the two men napping, the film from that point on is near-constant action. The men are given their assignment and leave immediately, jumping right into the story. From there on, the film is the men pushing forward trying to save their fellow soldiers. When the lance corporals are not hiding from enemies or under fire, there is a sense of the next conflict hanging over the men as they march forward. Because of this, viewers are in a constant state of wondering what will happen next and sitting on the edge of their seats as they fear the worst.

One downfall of the movie was the lack of backstory. Throughout the film, it is hinted that Schofield has seen more of the war then Blake, even winning a medal at some point. However, that is really all the audience learns about him. Viewers receive more information on Blake’s life as he discusses stories about him and his brother throughout the movie. With more information about Schofield’s life, the audience would have been more understanding of some of the decisions he made throughout the plot of the movie.

Overall, 1917 is a must-see film, depicting an amazing story of two men from World War I while also demonstrating the hardships and camaraderie war can cause.