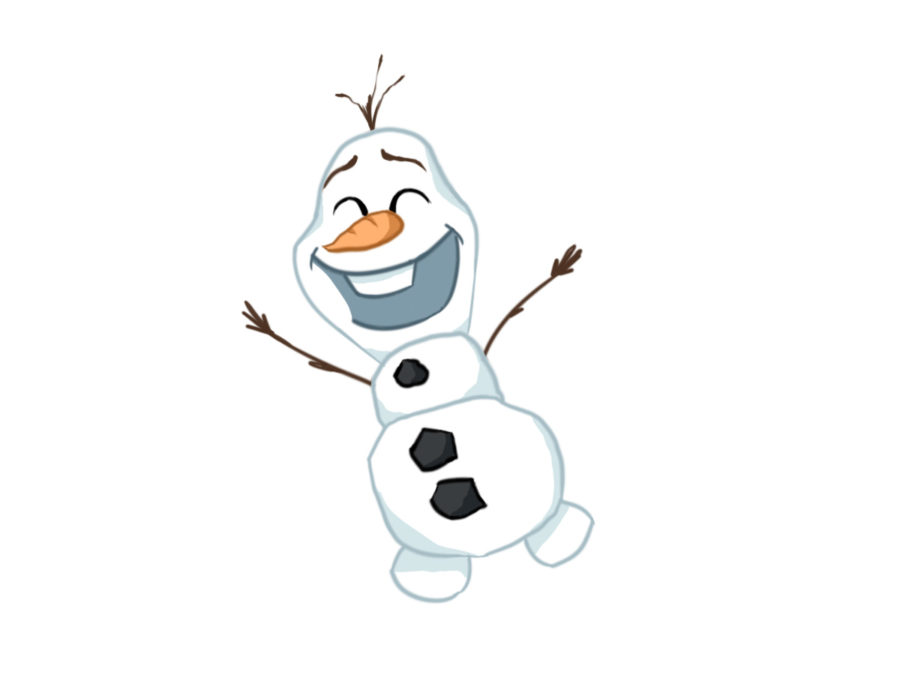 Olaf, a popular animated character from the Frozen franchise is in the newest sequel (Artistic rendering by Jon Hopper) .

People are going crazy over Frozen Two, acting like it is nicer than ice.

Released an entire six years after the first movie, Frozen Two was excitedly awaited by young children and parents alike. Its 2013 predecessor made more than $1 billion. Its sequel is already well on its way to surpassing the original, and earned more than $580 million in its first six days in theaters. Clearly the success Frozen Two is owed, at least in part, to its predecessor, but was the movie itself really that good?

Frozen Two was a terrible disappointment and the makers of this movie failed in attempts to logically include the scientific theory of Empedocles’ four elements. Towards the end of the movie it is revealed that along with Empedocle’s traditional theory of four elements (Air, Earth, Fire and Water) there is in fact a fifth element. This element is Elsa and her ice powers. This makes no logical sense. Ice is simply frozen water, and it would be redundant to include one element in a different state of matter.

The soundtrack for the first movie is wonderful and catchy. It wasn’t uncommon after the release of Frozen to hear young children singing “Do You Want to Build a Snowman?” but after Frozen Two? The only song that really stuck was the eerie siren call resounding throughout the entire movie. They incorporated this siren into the song “Into the Unknown” sung by Idina Menzel and AURORA, but the song was creepy rather than catchy. After the first movie, it could be expected that the soundtrack of the second would be just as popular, if not more, yet disappointingly this was not the case.

Most importantly, the movie poorly communicated its morals. The moral of the movie was that it is vital to take care of indigenous people and honor others with love and respect. Those who were paying close attention may have noticed that the way the conflict was resolved was through the undoing of an act of trickery by Anna’s grandfather (tearing down the dam), and this served as an act of keeping the peace with the indigenous peoples of the forest. However, when watching a movie for leisurely purposes, morals must be clearly communicated in order that they become apparent to all who are watching, regardless of how closely the audience paid attention. More important than the need to entertain children is the need to teach them, and in this movie, they were poorly taught.

In conclusion, the movie is making so much money simply because everyone enjoyed the first so much, and hoped to enjoy the second movie just as much. But Frozen Two ended with a plot twist that made no sense and was redundant. Its music was quite a let down after the wonderful popular hits such as “Let it Go” and “Do You Want to Build a Snowman?.” After the first movie’s clear themes of true love and selfless sacrifice, it was difficult to understand what the moral of the second film was. It was an icy, chilling, let-down.