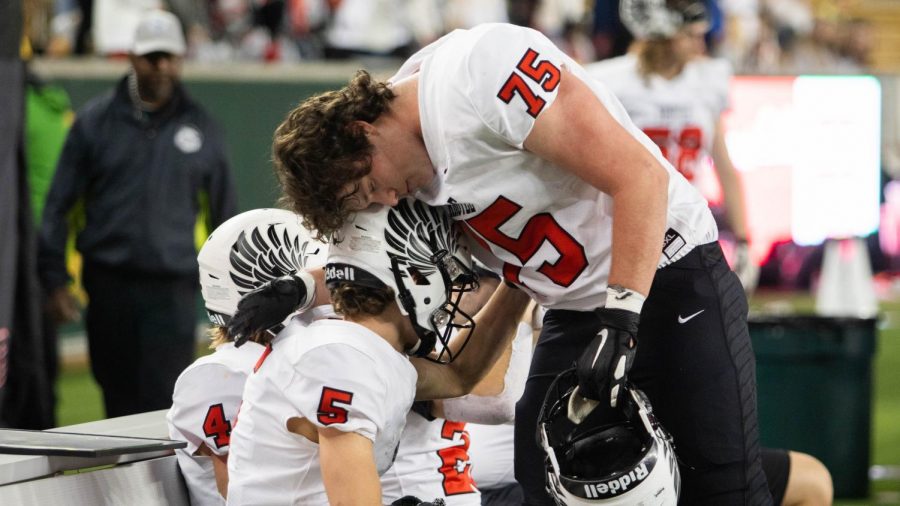 The Eagles fall to the La Vega Pirates in round four of the playoffs with a final score of 44-20. The game was played at McLane Stadium on December 6, 2019. Jordyn Tarrant | The Talon News

The Argyle Eagles finished their season tonight after losing to rival Waco La Vega 44-20. This was the fourth time the two teams have met in the last four seasons, with La Vega beating the Eagles last year before being named state champions. However, coming into tonight’s game, La Vega was 12-1 with their lone loss being to Argyle. The Eagles fought hard yet were unable to come out on top at the end.

Congratulations on another incredible season filled with many amazing honors and awards!

You can find photos from this season by clicking here. Be sure to follow us on Instagram and Twitter @thetalonnews for more sports updates. Thank you to all our fans and supporters this season!