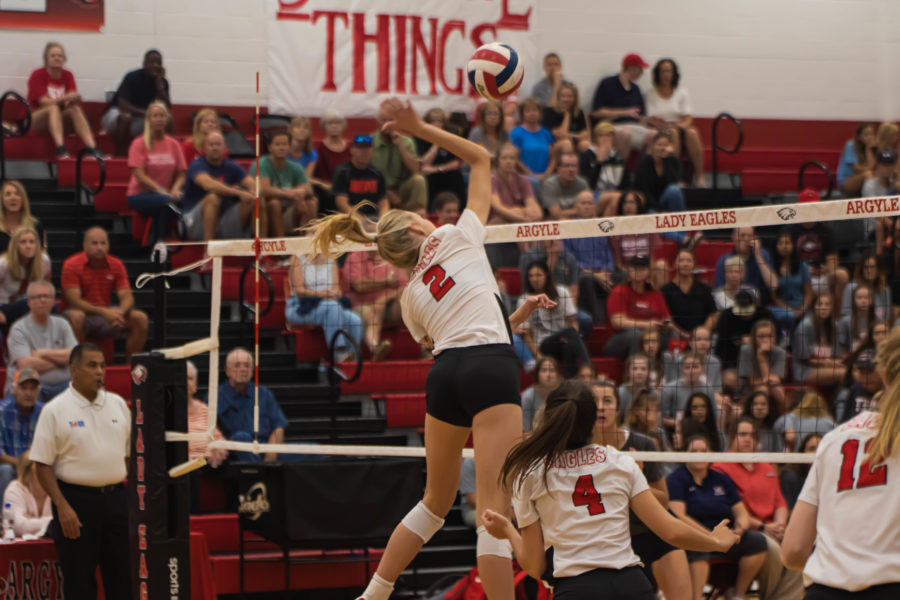 The Lady Eagles attempted to defend their home court on Tuesday, Sept. 10, as they faced the Northwest Texans on Argyle Middle School Night.

Coming into this game, the Lady Eagles hit a small bump in the road, losing three straight games, including a home five-set thriller against Midlothian Heritage, last Tuesday. They look to bounce back at home.

Though struggling early in the season, the 10-11 Northwest Texans have been on a roll, winning six consecutive games. The Texans look to continue their streak against the Lady Eagles.

The Lady Eagles were on a roll early in the game, winning the first set with ease, 25-13. In the second set, they continued their dominance, winning 25-17, to lead 2-0 going into the crucial third set.

The Lady Eagles started the third set with a quick 5-0 lead, however, the Lady Texans started to gain momentum tying several times in the set. Although a strong effort from Northwest, the Lady Eagles reigned supreme, winning the third and final set, 25-20.

The Lady Eagles will travel 1,132 miles, across three states, to compete in the Winter Park Florida Tournament in Orlando, Florida. Opponents and times are to be determined.