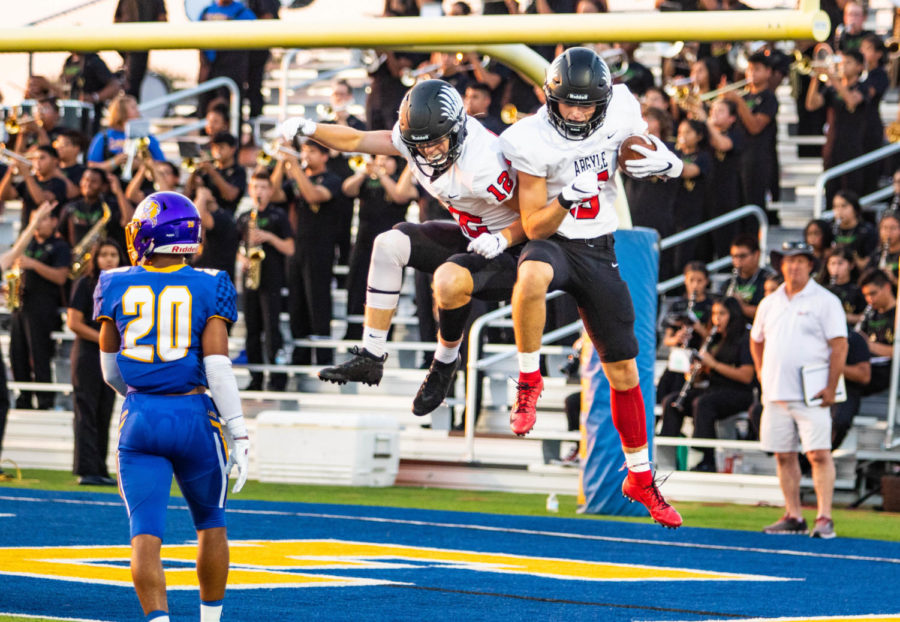 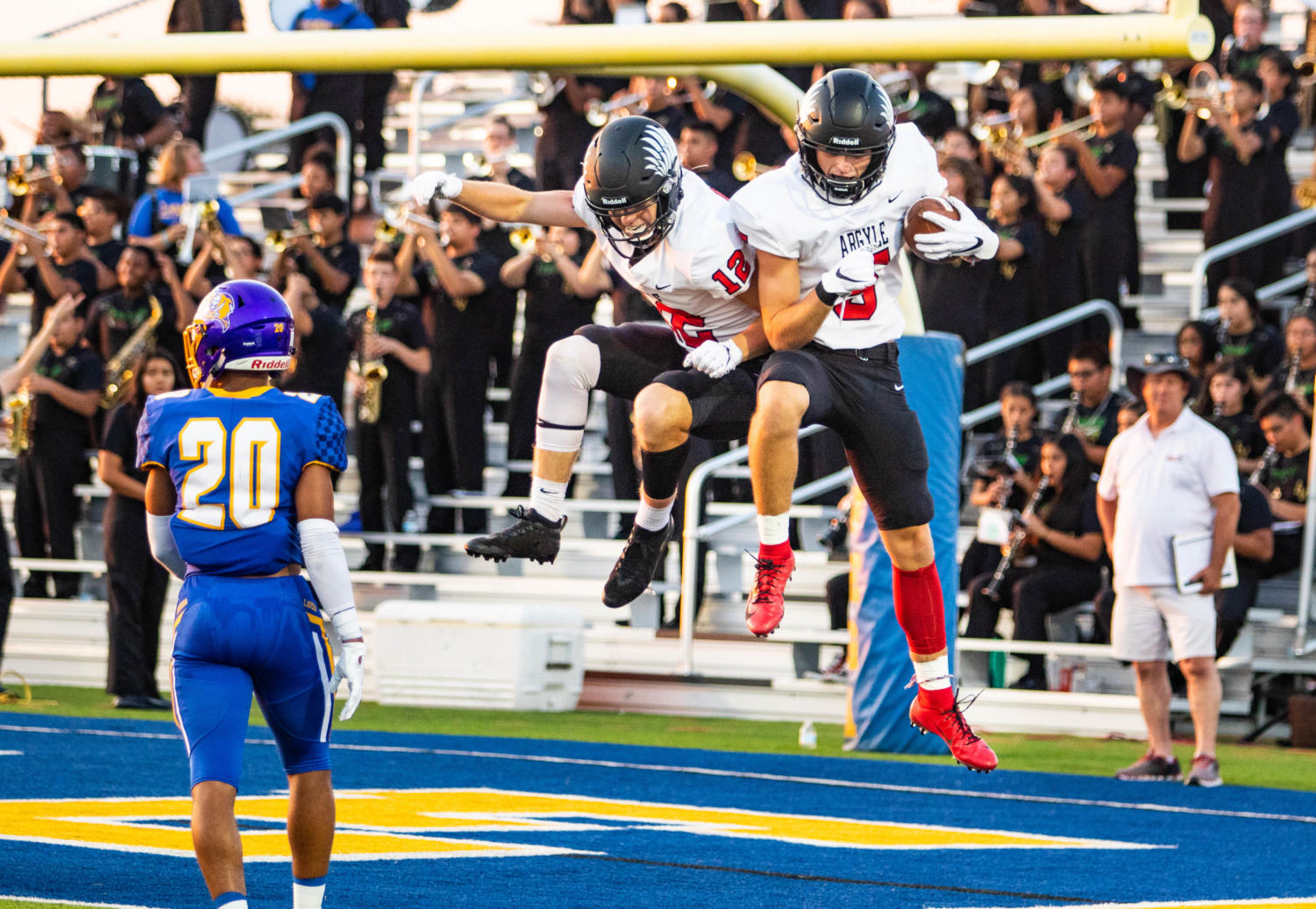 The top two football teams in all of 4A faced off on Friday, September 6, where the No. 1 Waco-La Vega Pirates faced the No. 2 Argyle Eagles at Willie Williams Stadium in Waco, TX. 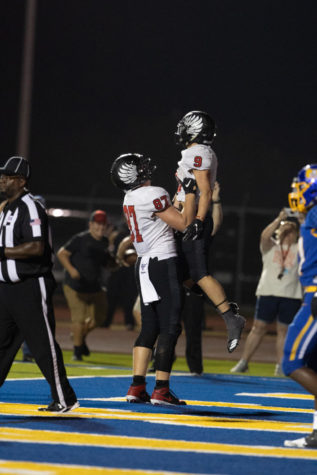 In 2015, the two teams faced off in the state championship, with La Vega coming out victorious. Then came the fourth round of the 2018 playoffs, where the Pirates knocked Argyle out of the playoffs. Waco-La Vega would later win their second state championship in school history.

The Eagle’s offense was firing on all cylinders in the first quarter, starting with a quick touchdown pass to first-year TE Jasper Lott. Lott moved from California after two years to return to his home at Argyle.

“Getting that touchdown was great,” said Lott. “That’s why I came back to Argyle.”

Lott caught his second touchdown in the second quarter and had three receptions for 54 yards.

Quarterback Bo Hogeboom played exceptionally in the first quarter, delivering two touchdown passes. Unlike last week, passing the ball wasn’t the primary way to move the ball up and down the field.

Tito Byce was the workhorse of this offense, and it started early, scoring two touchdowns in the first quarter, including a 25-yard touchdown to put the Eagles up 14-0. He would continue his dominance throughout the contest, rushing a jaw-dropping 43 times for a career-high 207 yards. 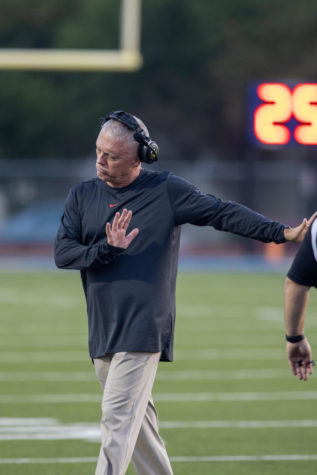 Coach Tate Wallis’ offense found the end zone with ease, scoring 42 points in the first half.

“We threw some different looks at them,” said Wallis. “But the bottom line is that we have some good football players

and they made plays, and that’s all we ask them to do. I am proud of them for doing that.”

The “Black Swarm” defense was overshadowed during the first half by their offense but remarkable play by the front seven was the primary reason that they had the lead they had.

The game changed in the fourth quarter, which seemed to be the early signs of a blowout, became much more intense. La Vega’s defense shutout Argyle in the third quarter. The Pirates scored a touchdown to narrow the deficit to 14 points. By the time the fourth quarter came around, the Pirates offense scored an early touchdown to make it a one-possession game.

With three minutes to go in the game, the Eagles had to do whatever it took to hold onto the ball. To do so, they handed it off to running Tito Byce.

Slowly, but surely, they pushed their way down the field, to end up on the 3-yard line. With two seconds remaining, Byce took the hand-off and found his way into the end zone to secure a 49-35 victory over the defending champs.

The Argyle Eagles will play at home for the first time in the 2019 season against the Tyler Chapel Hill Bulldogs on Friday, September 13, at Argyle High School. The game will start at 7:00 P.M.