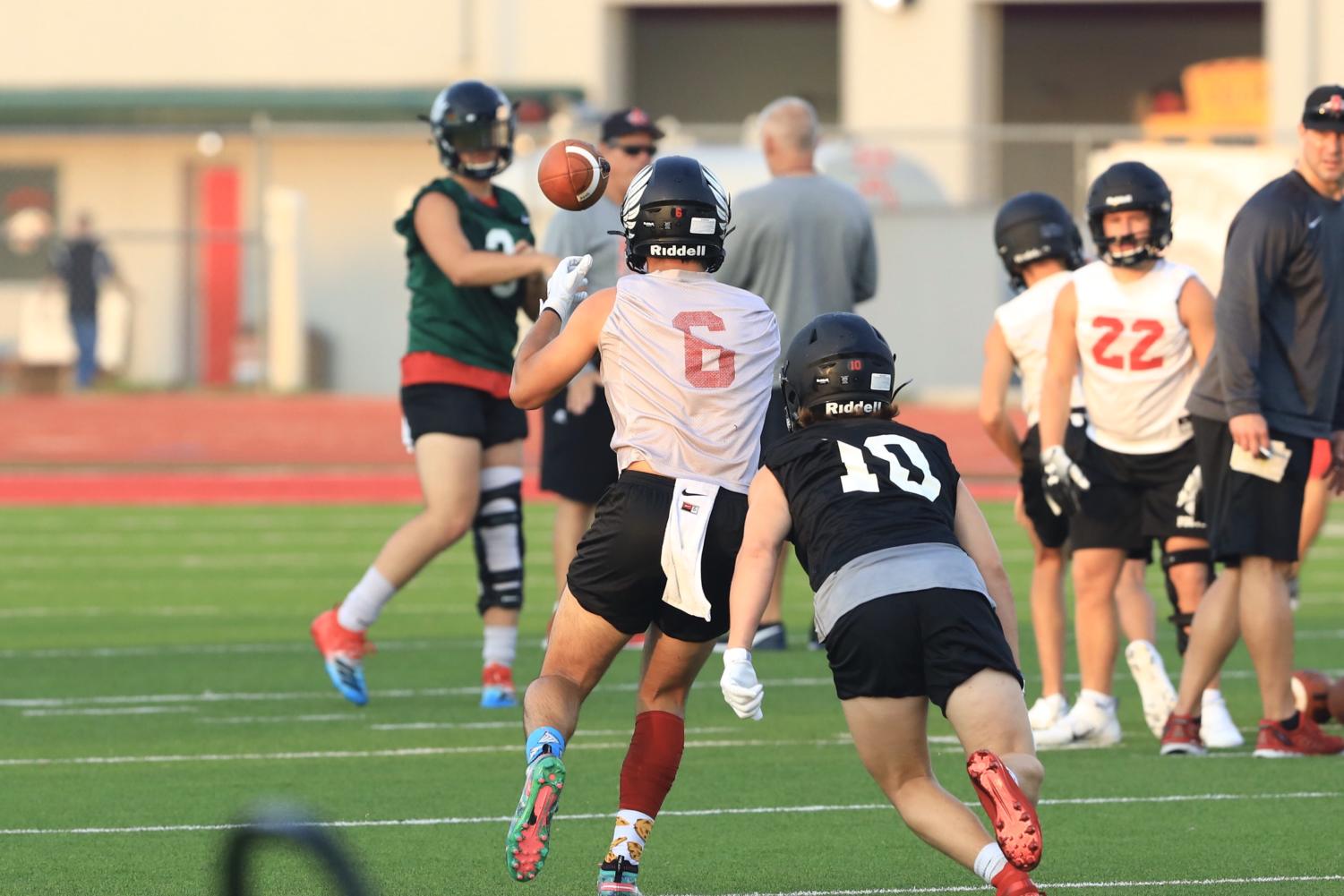 The Argyle Eagles practice as the sun comes up on August 5, 2019 at Argyle High School. (Andrew Fritz / The Talon News)

Football Finally Arrives With the Start of Two-A-Days

When August comes around, it’s a time where students and staff get a few last-minute vacations before school starts. However, for the Argyle Eagle coaching staff and players, August means two-a-days. Waking up for early morning practice and to shake off summers cobwebs in hopes of having a successful 2019 football season.

After the Argyle Eagles playoff run ended in the fourth round, the players and coaches are determined to step up their game to leverage what worked and improve on what didn’t from last season.

This year’s offensive line has a lot to live up to. One area of the team that will need to work extremely hard to live up to last year’s group is the offensive line. This year’s line is filled with first-year starters, however, for Coach Wallis, that is not an excuse to not work hard. “We need the o-line to take the next step, we have a lot of inexperience,” said Wallis. “…so if we can get them in the fire and get them grown up pretty quickly we’ll be in good shape.” With the retirement of offensive line coach Steve Chancelor and the return of Coach Shay Nanny, this o-line has a lot of upside coming into this season.

Though the offensive line is the most intriguing development for the team, this entire squad can improve and take their game to the next level. “Its an opportunity to emphasize the x’s and o’s of the game, the strategies of the game, and the conditioning and the physical demands of the game,” said Rodgers. 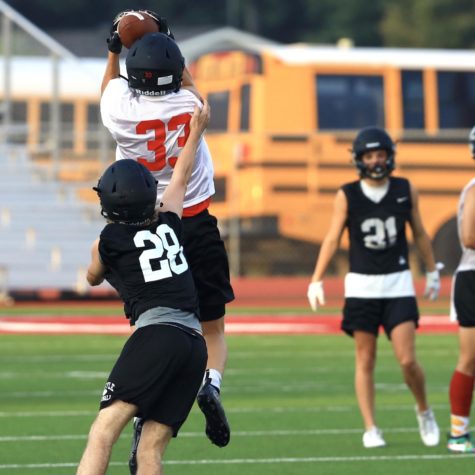 The Argyle Eagles practice as the sun comes up on August 5, 2019, at Argyle High School. (Andrew Fritz / The Talon News)

Wallis is seeking to improve across the board. On the offensive side, Wallis wants to see improvement everywhere. “The receivers, the quarterbacks, the running backs, all to me, equally need to take the next step.” Senior wide receiver Alex Gonzales sees a good improvement in the offense and what experience can do to the mentality of this offense. “We matured a lot more, I think we can throw the ball around really well,” said Gonzales

Defensive Coordinator Daniel Lundy needs to get his group up to speed on how to play defense for the Argyle Eagles. “We are going to try to fine-tune their techniques and give them some confidence so they can play fast,” said Lundy.

After Coach Shay Nanny stepped down as offensive coordinator, the Eagles added former wide receiver coach from Baylor University, Tate Wallis. In his first year as OC, his offense scored 95 total touchdowns, most since the 2015 season, and the most total yards of offense in school history. “He’s an excellent offensive coach, a great QB coach . . . he relates to the kids at a very high level, without a doubt, he exceeded my expectations,” said Rodgers about Wallis.

For Coach Wallis’ inaugural year, the season was good, but just not long enough. “It went well, I mean I say that because there is probably a lot of people that would kill to play 14 games, but personally it’s never ok until you win it all,” said Wallis about last season. “That’s what we work for, it wasn’t a bad season, don’t get me wrong, I’d like to win it all.”

After losing the biggest group of seniors in school history, 36, Coach Todd Rodgers has taken a new approach to this year’s season, finding a slogan that suits the current reality of his football team, “Next Man Up”. “When there is an opportunity for you to step up and fill a void, that’s a part of growing up,” said Rodgers. “It’s a part of maturing and taking on responsibility when your really not sure if ready for it, that is just a mindset. I really believe that it fits perfectly with our senior class, they’ve experienced it themselves.” 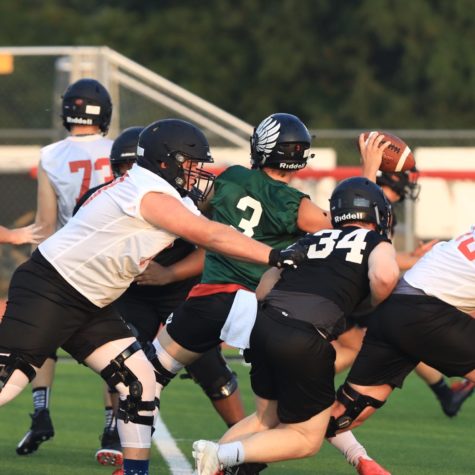 Two-a-days is a time where the players have a chance to bond with each other and to come together as a team to work out the kinks however, there are a few things that the plays aren’t on board with, such as waking up early and the heat, or if your starting QB Bo Hogeboom the best part of two-a-days is when the first day is done.